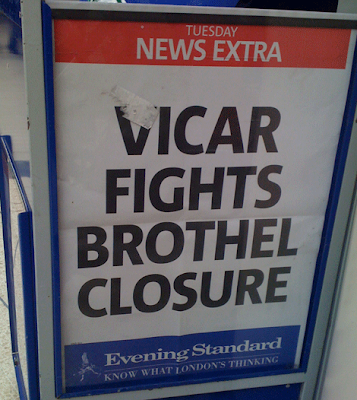 The Metro newspaper has covered a story with a headline that makes you do a double-take.

A vicar in Soho is resisting attempts by the police to close a brothel because of drug dealing. He wants to avoid having the prostitutes being turfed out of their brothel as a recent closure did not result in much of a change in drugs activity.

Shows you need to read behind the headline!
Posted by Unknown at Tuesday, February 17, 2009