Time To Get Over The Election Loss. 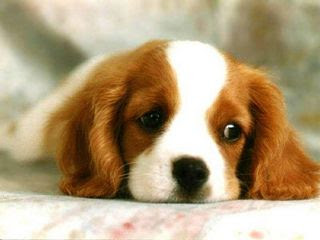 It's been a few weeks since the General and Local Elections here in Sutton and I've had a bit of time away from blogging to lick my wounds, gather my thoughts and get a job having been unceremoniously dumped out of office. It's a hollow feeling, one minute making plans genuinely believing that we might take control of the Borough and wanting to be able to start work the day after and then another minute realising that not only did we get stuffed, I lost my own seat. There are plenty of others across the country in the same boat.

It's a shame in so many ways. There are many unsuccessful Conservative council candidates that would have made brilliant contributions to the future of this Borough that will not be able to. It is clear that there are a few reluctant councillors on the Liberal Democrat side who did not expect to get elected and are now going to have to step up to the plate. I hope, as a local resident who has to live with the consequences of their decisions that they do. I know that the Conservative group remaining on the Council will work well, but it won't be easy to provide a loud enough Opposition voice with 80% of the councillors belonging to one party. It is predicted that the Local Government budget will be cut by 20-25% over the next few years. Now is a bad time to let poor decision-making go unchecked.

I have really enjoyed serving as a councillor and working as Leader of the Opposition. Sutton is fortunate to have some great council officers who keep things on track despite the politicians. I'll miss working with them and the many friends that I have made from both sides of the political divide. The kind words that I have received from all quarters mean a lot and soften the blow.

What next? I've started working with a newly-elected MP. It means a long commute until his Westminster office is sorted. I've done it before so it is largely familiar territory apart from the new terrible expenses regime. Which brings me to my last point for this post, what to do with this blog? Posting might be light for the next few weeks whilst I am travelling, but I daresay there will be plenty of Sutton news to talk about and the wider political scene. It'll morph into something soon. In the meantime, I'm still twittering away. It's easier and more immediate. Either way, I expect to be around in some shape or form, working for a better Sutton.
Posted by Unknown at Monday, May 31, 2010 6 comments:


The news is all about the final stages of the closest General Election for a generation but there is another crucial decision for residents in Sutton to make this Thursday. Council elections mean that we also get to vote for our three local councillors and ultimately, who runs the Council.

After 24 years of Liberal Democrat control, the ruling party have become a tired, complacent administration, forgetting why they sought election in the first place. We need fresh thinking in Sutton. The difficult economic times will bring tough decisions and we will need strong leadership to protect key council services.

Sutton Conservatives have spent 3 years researching their 100 pledge manifesto. Our collective experience in running small businesses, employing people and working at the highest level in public services allows us to tackle this situation head-on, bringing new angles to problem solving and steering us all through difficult times.

We cannot reward years of taking residents for granted. The green garden waste charge cost us all £800,000 to reverse, the Sutton Life Centre is sucking up the equivalent of 10% of the entire annual Adult Social Services budget for the Borough to build and the repaving of Sutton High Street is costing us the same as four years' worth of road resurfacing.

I don't know about you but I'm simply not rich enough to afford the Liberal Democrats here in Sutton. Don't just hope for a better Sutton on Thursday - join me in voting for it.
Posted by Unknown at Tuesday, May 04, 2010 No comments:

Among the hard slog across my ward and the rest of the Borough, I met Arun from Tweety Hall who interviewed me outside my house about social media and how it might affect this election. The interview looks very professional, so well done Arun.

I'm not convinced that this is anywhere near the 'Internet election' that some had hoped for, heralding new media as a game changing force. However, Twitter in particular has proved to be a fast way of spreading news and giving momentum to stories that may have been lost in a small diary column in a newspaper.