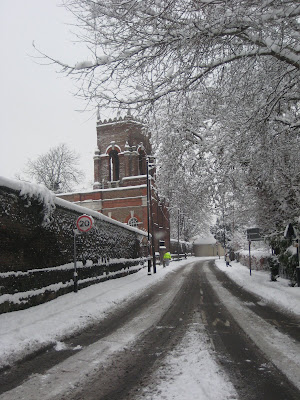 Sutton has not been extraordinary in the effect that the snow has had. The centre of London was badly hit, with the entire bus network being withdrawn for the first time in living memory.

Boris' response whilst announcing the suspension of the Congestion Charge gives me a chance to show another photo of a snow-clad Carshalton landmark.

"This is the right kind of snow, it's just the wrong kind of quantities."

Who could possibly argue against that?
Posted by Unknown at Monday, February 02, 2009