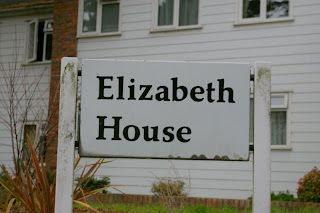 Cheam Conservative councillors have expressed their deep concern at yet another six months slipping by for the much needed improvements in accommodation standards for the elderly residents of Elizabeth House, and adjoining properties, in the heart of Cheam.

I visited Elizabeth House and met around forty members of the Action Group that consists of residents and neighbours to see the considerable upset caused by the presentation of the plans for myself. I am glad that the Council are now reopening the matter to investigate the best option for residents.

Local councillor Graham Whitham's letter to the Liberal Democrat Executive Member for Adult Social Services and Housing has raised concerns that decision makers, local people, and residents did not have access to costed proposals spelling out both the case for rebuilding the site and refurbishment.

Councillor Whitham has unearthed evidence that the Lib Dem-run Council carried out a costed assessment of the case for refurbishment only four years ago. The Council has thus far insisted in all recent reports that refurbishment is simply not an option.

In his letter Councillor Whitham has spelt out his concern and dismay that an earlier lack of available information has caused a further delay over the much-needed improvements. He also questioned an earmarked £18,000 for consultants on information the Council already substantially holds, from the exercise carried out in 2004 which addressed the cost of refurbishment.

Commenting Graham Whitham said: "I think everyone involved shares the view that the existing standard of accommodation at Elizabeth House is frankly unacceptable. 90-year-old residents should not be sharing bathrooms in the 21st Century.

"What we're looking for is a cost effective scheme which meets current and future needs of residents, and most importantly a scheme which causes as little disruption and distress to existing residents. I'd like to thank the Elizabeth House Action Group for raising the profile of their concerns which has made the Council revisit an option it had discarded, enabling me to unearth information that was not readily available."

Councillor Jonathan Pritchard, who also represents Cheam, concluded: "As it now seems - after six months - the Council has accepted refurbishment should be considered as an option. It is now vital that the Council gets a move on and delivers the standard of accommodation that residents deserve."
Posted by Unknown at Thursday, November 20, 2008

I didn't really want to bring this up but how does a certain Conservative Worcester Park Councillor's alleged comments to a Cheam shopkeeper fit in with the official line?

I haven't seen the specific details of the complaint and I may be one of the council representatives on the Standards Committee dealing with it, so I'll limit the scope of my comments. The complaint will be dealt alongside Lib Dem and independent members of the committee with all of the evidence to hand.

I have spoken to Stuart about the Elizabeth House. He was surprised to hear that the Council did not have a full and up to date analysis on the possibility of refurbishment.

I am somewhat perplexed by the campaigning tactics of the Elizabeth House Action Group. I met them a few weeks back and they have some very valid concerns. However, much of their media exposure has been concentrated on Opposition councillors who have no say in the decision making process.

Meanwhile those who make the decisions see it as a little local difficulty and carry on regardless.

We'll keep on concentrating on our job which is to look at the best thing to do for the residents of Elizabeth House.

It's a huge con. We received a letter through the post today to say that the council had an external opinion that validated there own - what utter rubbish - the council don't give a crap about the residents. Mark my words the council do not know what they have let themselves in for.............

Scully, were you aware that the plans for Elizabeth House are now being published for comment? Full demolition of EH + Mickleham houses, building of about 200 units, some council homes, some flats for 'the vulnerable' etc etc.

Is there to bhe any opposition to this? If so, I want to join it.