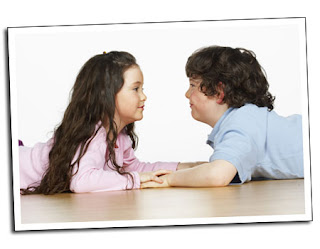 Controversial changes to the way children with Special Education Needs (SEN) are taken to and from school was pushed through to the next stage by LibDem councillors at Tuesday's Scrutiny Overview Committee.

The plan is to collect children from pick up points around the Borough by minibus instead of the door to door service that they receive now. I don't mind looking into these difficult areas. I don't mind seeing if we are spending our budget in the best way. However, the policy that was presented was not acceptable.

Following consultation, autistic children were removed from consideration, leaving 85 children whose service is at risk, down from 250 children. This means that the potential savings are £200k pa, down from £360k pa. The 85 children remaining, go to Carew Manor and Muschamp Primary. They have either Moderate Learning Disabilities (MLD) or Speech and Language Disabilities (SLD).

I had a few concerns. Firstly, I did not believe that the policy as presented was detailed enough to show parents exactly who was eligible for what and how they would appeal. Secondly, each child and their route to their pick up point would have to be risk assessed. The Council were trying to get TfL to do this, which immediately set alarm bells ringing. Officers were not sure if private organisations would have to get involved. These uncertainties make me wonder how much saving the Council will acheive in reality. Is it really worth the pain that it will undoubtedly cause for the parents and children for what maybe no change?

It is likely that some of the 85 children will be deemed unable to walk to pick-up points and one parent raised the question of children with several disabilities returning to their doctor to attempt to get rediagnosed as including Autism. These points all add yet more uncertainty. Yet the estimated savings from this policy already forms the cornerstone for this year's Council budget.

This is a budget that we need to tackle. The Council overspends by £1m pa no matter what it does. However, making cuts on the back of the most vulnerable children in our Borough is not the starting point for such an exercise. Some of the LibDem members of the Scrutiny committee asked some good questions and made some pertinent points. They all then meekly voted the policy through to be considered for a final decision by the Executive next Monday (1st Dec). Fortunately, a review after the first year was added, though this is the usual pressure valve that the Council adds to let off some of the steam when pushing through such decisions.

The Lead Councillor in this area has talked about this policy being about independence and good for the environment. This may turn out to be true in the long term, but should never have been used as a justification for the policy. Scrutiny into this area was started as a cost-cutting exercise, pure and simple. Muddying the waters with these arguments lessens the scope for serious debate about what are difficult issues in themselves.

We will repeat our views to the Executive alongside parents that are presenting petitions and Cllr David Theobald who has worked hard in his own inimitable way to campaign against this proposal. I cannot see how the policy as it is currently framed, can be passed as it is incomplete with no costings.
Posted by Unknown at Thursday, November 27, 2008

I suspect that when risk assessments are carried out it will transpire that the whole sorry exercise will prove to have been more costly to the borough than the savings that were hoped for at the outset.

With regard to giving the children independence, this is total b******* anyone who knows Autism will know this. They do not live in our world, my son will, when he is orphaned, have to live in care for his entire life. Autistic children have no concept of independence, socialising or have the remotest inclination to be 'indpendent' This is an extremely good indicator that the gent who said this knows as much about his brief as I know about landing rockets on Neptune!

Thanks for your help, it is appreciated by many, many people

Dr Johnson famously said that Patriotism is the last refuge of a scoundrel, it is now environmentalism that is the final refuge and is trotted out as a cliched, uninformed pat response to anything that Lead Councillors have no knowledge of! Shame on them!

There is also a government plan to further punish SEN kids and parents, the gist of it is:

The government plans to change SENDIST Regulations resulting in parents of SEN children being greatly disadvantaged, granting local authorities unprecedented power to assess disabled children against parents' wishes, which parents could be forced to pay for. Refusal of access to children will be frowned upon, simply because parents' disagree with the Authority's view of where/how children should be educated. This extraordinary power is not available to the High Court, unless parents are suspected of child abuse. The proposed Regulations are so legalistic it will be impossible for parents to attend Tribunal without a barrister. The extreme expense will prevent parents from appealing. Lay representatives cannot work under these circumstances as costs can be awarded against them. They do not qualify for indemnity insurance. The consultation process was inadequate relying on parents scanning the Ministry of Justice website only 11 people responded. The government should have contacted users of SENDIST, past and present to obtain a balanced and transparent view. SENDIST was supposed to be free and informal.

There is a petition at:

We need as many signatories as possible.

I must say though - how political it now is of the Tories to jump on the bandwagon to try to do something to save these unfortunate children and their parents. Let's be brutally honest about this. Cllr David Theobald deserves the credit for all his hard work, and his personal input into this. After all, it's he who has an autistic child, and that's what spurred him on in the first place. I helped in a very minor way but was proud to. My disgust at the Tories was compounded when they showed their true colours and refused to vote either for or against (in true pale blue style they chose to abstain), and then wheeled out the Philippa Stroud bandwagon "caring" for disadvantaged parents and children when it became blatantly obvious that the bleeding heart Lib-Dems would have none of it.

Total and utter bollocks of course. The Tories showing their true colours by jumping on the bandwagon trying to gain a few cheap votes after the horse has bolted.

You really couldn't make it up, and no doubt Cllr Scully and company will denigrate me for this. But I care not a jot, for being a ex-member, and proud of it, I know there true agenda deep down.

I'm afraid that you have proved that you can make it up.

David Theobald, undoubtedly deserves credit for his tenacity in campaigning on this matter. Without him, I do not believe that it would have got the exposure that it has.

We abstained in a no confidence motion in Tony Brett-Young, the lead councillor for Children, Young People and Learning Services for that is the motion that you seconded. Whilst I have no confidence in any of the LibDem administration, it is not practical to keep proposing motions for the nuclear option when you have no prospect of success. Peter calling Wolf springs to mind.

The consultation on the SEN transport was concluded with the end result being that autistic children were exempted from the scheme. If you had taken the time to come to the Scrutiny Overview meeting, you will have seen the robust questioning that was put to the officers. If you had bothered to attend the Executive meeting, you will have seen the passionate debate that took place. I hope that you will speak again at the next Council meeting when the final opportunity will present itself to reject this ill-thought out policy.

There is a clear difference between jumping on the bandwagon and waiting to see the results of a consultation.

Yes Paul. Some of us have other commitments as well. As to our residents and constituents.

I suppose that's the downfall of being so popular that the phone never stops ringing.