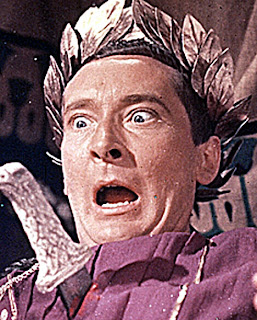 Bournemouth Council is leading the way in removing certain words from the Local Authority lexicon. They have a lot of choice with council jargon ranging from 'Living Documents' to 'Performance Management Frameworks' and acronyms like KLOEs, ROEs and ALMOs. However they have ignored these to concentrate on other more pressing issues.

The Daily Mail report that the council whose motto is 'Pulchritudo et Salubritas' has listed 19 Latin terms that it deems unacceptable. These aren't even terms that schoolboys would scan for first in their Latin dictionary, instead they are words and phrases in common usage like 'ad hoc', 'bona fide' and 'status quo'.

They reason that there are a lot of residents who don't have English as a first language who may be confused. The Plain English Campaign supported the move explaining that people might confuse eg. with egg!

There's me thinking that Councils had quite a lot to do without such pointless diversions but what do I know? Latin has only been around for a few thousand years, providing the base for the vast majority of European languages, thus giving the majority of people throughout the known world some vague idea of what someone is talking about when saying et cetera. As we know Latin is not the only influence on the English language. I assume that the Council will call an emergency session to debate the turmoil that will be caused by residents washing their hair with shampoo (Indian) in their bungalow (Indian) before leaving their cul-de-sac (French) to go to the cafe (French) for a cup of tea (Chinese). What a fiasco (Italian)! If they only retain the Anglo-Saxon, maybe Jonathan Ross and Russell Brand might find a quick return to the public sector on the south coast.
Posted by Unknown at Monday, November 03, 2008

Very true. Words and phrases from one language adopted into another are known as loanwords and become as much a living part of that language as any other.

Phrases are particularly good at holding their original specific meaning and therefore perform their function of enabling clear communication effectively.

I was sharing an amusing cartoon with my wife when I opened your rather appurtenant article.

For the benefit of those who do not get the local government magazine 'First' the cartoon shows a couple of overworked local authority officers in conversation. I shall call them Scully and Russell.
****************************
Scully
"It's ANOTHER set of guidelines...these ones are directing how we manage school playtimes. We’re to ‘Facilitate aerobic activities engaging students in mutually participative limited contact game orientated play’…”

Scully
“We’re to send them outside to play ‘Tag’”

****************************
I think we can all relate to this sort of nonsense. I remember being in a meeting where the topic of the moment was the importance of communicating with resident’s living in Council properties.

The person addressing the meeting kept referring to the "Tenant's Compact". I asked the Committee if anyone knew what a "Tenant's Compact" was? As far as I was concerned it either referred to a small car or an item from a ladies handbag.

No one had the first idea what a "Compact" was. We were told that it was an "agreement or contract". I asked whether we might communicate better with these residents if we called it an "agreement" or a "contract".

This was met with a look of horror as we were told that this would fall outside government guidelines, so the "Compact" lives on to the undoubted bemusement of many a tenant. Perhaps you have seen some trying to drive one around the Borough or using it to add a bit of lippy?

On the communication issue I have just been told that the sound recording of the last Council meeting will soon be available on the Council’s website. I hear that the final debate on the Communication Motion that you moved has caused some very heated behind the scenes ‘discussions’ among the LibDem group.

I see that the London Mayor, Boris Johnson wants Latin to be taught in all London schools.

However I would prefer Esperanto on the basis that it has great propaedeutic values.

If you have time can I ask you to visit http://www.youtube.com/watch?v=-YHALnLV9XU for evidence?

A glimpse of the language can be seen at http://www.lernu.net

speaking of political correctness how many ''equalities'' and diversity officers does Sutton council employ at our expernse?