Conservatives to Protect Back Gardens 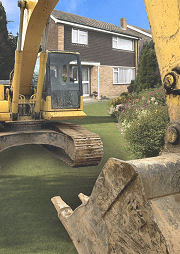 Back in 2006, I posted about a speech that I made in Council when we sought to protect our back gardens from in-fill development. Figures show that around that time some 41% of brownfield development in Sutton was in fact on gardens. I don't have the up to date figures.

Yesterday in Westminster, Shadow Housing Spokesman Grant Shapps MP unveiled the Conservative Green Paper "Strong Foundations: Building Homes and Communities." A Green Paper is basically a statement of intent by a political party detailing the outlines of policies that it will introduce. There were some interesting proposals for social housing which I will endeavour to cover later but I was glad to see that the party have reaffirmed that they will tackle the issue of garden-grabbing head on.

"We will also reverse the classification of gardens as brownfield land and allow councils to prevent over-development of neighbourhoods and stop ‘garden
grabbing’."

Brownfield land was meant to be land that had been built on previously that was surplus to requirements, no longer fit for purpose or not as efficiently used as it might be. Including gardens in this definition dramatically changed the makeup of towns and cities. It certainly has in parts of Sutton where streets of reasonably sized family homes have given way to flats.We know that demand for housing in the area is great. As usual, it is getting to that balance which is important. It should be for local people to decide where that point is rather than a crude one size fits all policy from the centre.