What future for Westcroft? 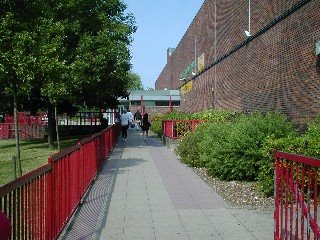 I spoke twice at last night's Council meeting. The first was to raise the issue of the management of Sutton's Leisure Centres. The non-profit making organisation, SCL that manages the four sites have given notice that they intend to walk away from their contract as they cannot raise the funds necessary either through charging or Council funding. Though they are an organisation specifically created to manage, Westcroft, Cheam, Phoenix Centre and Sutton Arena they have also won the contract to manage a leisure facility in Reading. Negotiations are continuing.

We were given clear assurances that all four centres would remain open. Less assured was the response when asked if entrance fees would be increased or which budget would be raided to provide the money to fund the centres.

We must commit to sport. Many people cannot belong to private clubs. There is £35k budgeted to bring the tennis courts up to scratch in Carshalton Park. This has not been spent and so the summer has been missed. We are told that we are the most obese nation in Europe. When we tell our children that it is healthy to do something that makes them out of breath a few times a week, we mean more that smoking a pack of 20 fags.

Eric and Cllr John Kennedy will be monitoring the negotiations to ensure that we keep and maintain leisure facilities that we can be proud of.
Posted by Unknown at Tuesday, October 24, 2006