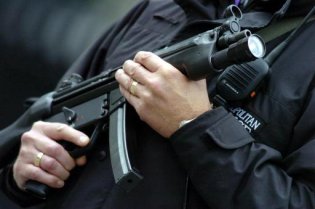 The Home Office manage to dig a deeper and deeper hole. As revealed in the Yorkshire Post, in a parliamentary written answer given to Conservative MP Shailesh Vara, the Home Office have confirmed that they have arrested nearly 1000 people over the last 5 years under anti-terrorism legislation, released over half of them without charge and actually charged only 154 with terrorism-related offences.

They explained that they did not keep records of how long these people were detained. In the light of their attempt to introduce 90-day detention, this really is damning. Throughout the debate, the government insisted that current legislation was not effective despite already having the longest detention period in the western world. How on earth can you know what is or is not effective when you do not know what is happening at the moment?

Some may consider me too liberal, but let me ask you this. Would you trust John Reid or indeed any government minister with your personal freedom if you were wrongly imprisoned? When I see the mistakes that are made in the Home Office, I would trust Homer Simpson over them.
Posted by Unknown at Friday, October 06, 2006