A Pong For Europe 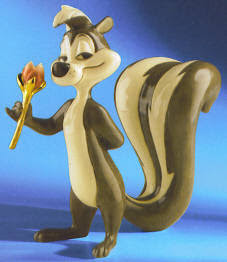 Following the mystic mayhem reported in a post yesterday,
there's a real stink coming from the European Union.
This time it's not from Brussels. Many newspapers have reported a stench carried on the winds from continental Europe to places as far west as Swindon. Apparently the culprits are German farmers spraying liquid manure. This has put paid to the original Gallic-sounding nickname of the phenomenon, Le Whiff.
Posted by Unknown at Saturday, April 19, 2008

Does the liquid manure emanating increase during Oktoberfest I wonder?

Maybe the stink coming from Europe is the dishonesty of the Tory party over it. That's why a former Tory MP has now decided to defect to UKIP.

........from small acorns big oaks grow! and what a slap in the face for Call me Dave just a week or so from the elections.

Bob Spink-You are welcome to him David.
He has been threatening to go for some time now.
It will be interesting to see the vote breakdown for UKIP and One London next week.I will be surprised if UKIP can hold onto the vote that they got in 2004 when the Europeans were on at the same time.

Not so much of a slap in the face since the Chief Whip withdrew the Whip last month. Bob was in a spot of bother fearing that he would be deselected and so asked CCHQ to intervene and stop a deselection meeting scheduled for the following week. Not quite the principled defection, more a homeless MP finding refuge in a hut that suits.

Timmo/Paul - "not quite the principled defection"?

Don't make me laugh. Spink was one of the few principled Tories in the whole rotten party. Like myself, he had had enough of what is going on, the back-biting, the infighting, the lies to constituents, the dishonesty over Europe, taxes, and just about everything else, and finally the attitude of so-called "friends" when one has the courage to defect. Yes we are welcome to him, pity the publicity for Cameron and his cronies won't be so good given there is 8 days to the election.

David
I think the publicity will be negligible due to our Primeminister making a hash of all he touches at present.
Can this derail BoJo? I am not sure.
Still everything to play for over the next week. Will the burbs vote Ken out or will the great newt lover manage to pull off another victory?
If you want a change i urge everybody no matter what party to get out on the street and plead for change with the electorate.
If Ken is returned Sutton is in for a torrid time.

You're crossing your wires here. I didn't say that Bob was not principled. He has maintained a consistent line on Europe throughout. However this was not what brought about his defection. He fell out with his association having been accused of having an affair with the partner of his association deputy chairman and it was revealed that he had his ex-wife (whilst living in Dorset, about 150 miles away from his constituency) and daughter of his lover (whilst she was a sixth former) on his payroll and was threatened with deselection.

When the Whips' Office refused to accord him any special favours by riding roughshod over the association, he resigned/ got the sack depending on whose story you believe.

He made a statement explaining his reasons during the budget debate in the Commons. Not once was the word Europe used. He said:-
"On a point of order, Mr. Deputy Speaker. I wonder whether you could advise me on how I can inform the House that I have, as of today, resigned the Conservative Whip because the party has failed to deal with serious criminal and other irregularities in my constituency." His subsequent statements in the media continued in the same vein.

Talking about principled stands, I see that the LibDems in the Lords have been whipped to vote against having a referendum on the EU treatistution.

This shows Ed Davey's walkout in the Commons and Nick Clegg's call for an in/out referendum for the empty gestures that they both were showing the worst of their schoolboy approach to politics that affect all of us.

Paul - on the EU vote re Clegg and Davey - yes I agree. But why are Cameron and the Tories telling the electorate they will hold a referendum on the treaty/constitution when they know damn well that the thing will be signed and put to bed long before the next general election in May 2010?

Why? because Cameron knows he won't have to deliver on his promise that's why!

Word gets back to me this evening that a certain Tory councillor (Faulds I believe his name is), went apoplectic recently because UKIP literature was put through his letterbox. Indeed, even a shouting match followed, so I am informed.

Since when did Cllr Faulds, or indeed any tory councillor in Sutton have the mindset to think that only Tory literature should be put through residents' doors, or are we succeeding in touching many raw nerves?

Not me Gov! Wrong bloke, check your source - and I don't do 'apoplectic!
Terry Faulds