One rule for councillors... 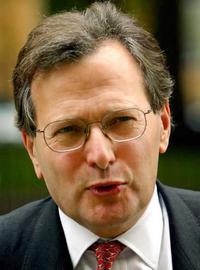 I sit on the Development Control Committee deciding on planning applications. Rules introduced by this Government dictate that I would have to declare a personal or prejudicial interest if I knew the applicant and might have to leave the room unable even to contribute to the debate let alone vote.

Though commonsense needs to prevail in acheiving a balance to show transparency and fairness in decision making, current rules are far too dictatorial leading to instances where councillors that have been elected on the back of a particular issue have been unable to participate in the debate even though they represent the majority view and may have some specialist knowledge. I have seen one councillor leave the room whilst an application was heard about siting a mobile phone mast because he owned a phone from that network and so might benefit from improved coverage.

Imagine my surprise on Saturday when I opened the papers to see the Attorney General claiming that it was fine for him to have the final say as to whether Tony Blair should face prosecution over the "cash for peerages" scandal. As a friend of Tony Blair and a beneficiary of his patronage, this is the cherry on top of the Labour sleaze cake. For a man whose 'independant legal opinion' on the legitimacy of the invasion of Iraq changed depending on which day of the week it was, to claim that he is above such matters is staggering. Sir Ian Blair and the head of the CPS have already stepped aside of the investigation citing personal links. Lord Goldsmith must do the same and soon.

There are simple answers to both points. Change the rules so that councillors can do the job that they were elected for and find a new Attorney General.
Posted by Unknown at Monday, November 06, 2006