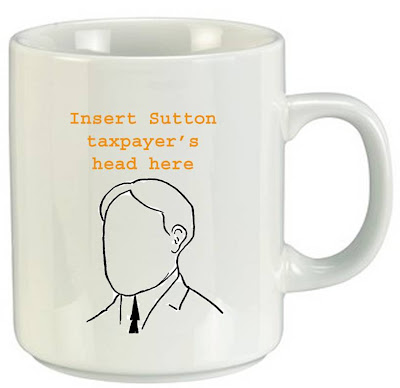 Sutton’s Liberal Democrat administration has finally caved in to the Conservative Freeze The Tax Campaign in a shock announcement that Sutton Council will freeze the council tax for the first time in its history.

In a panic-stricken departure from its high-tax approach, Sutton’s LibDem town hall leadership has buckled under Conservative pressure to follow Boris Johnson’s example of freezing the tax burden in a time of economic hardship.

Now in a period of deflation, Conservative councillors are defying the Lib Dems’ finance boss to go one step further and to actually cut the council tax in Sutton to reflect the fact that the cost of living is going down nationwide.

Earlier this year in February, Conservative councillors launched their campaign for a tax freeze arguing that the Lib Dem Council should have made a real difference to hard-pressed local taxpayers worried about their jobs, mortgages, savings and rent.

We have welcomed the Lib Dem Council Leader’s U-turn following his comments in The Evening Standard, only a year ago, when he said that a council tax freeze was “a quick fix now with years of misery to follow” and that “this could only be achieved by cutting vital services”.


Councillor Tim Crowley, our Opposition Spokesman for Finance and Value for Money, said: “We welcome the fact that the LibDems have finally caught up with our thinking, namely that Sutton Council should move heaven and earth to ease the burden on household budgets via lower council tax.

“It is a shame that it takes a looming election for them to do so. I am delighted that the LibDem Council Leader has U-turned on his opposition to a freeze in council tax. Now if they’re really serious about easing the tax burden, they will go one step further and cut the council tax. We will campaign for a cut.”

Councillor Crowley concluded: “After sixteen years of relentless council tax increases, Sutton taxpayers will see straight through this announcement and not be taken for mugs by the ruling LibDems.”