I Spend Therefore I Am 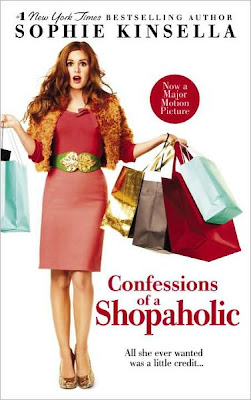 A passionate debate took place at last night’s meeting of Sutton’s Full Council as the Liberal Democrat finance boss commended his budget to councillors for the financial year 2009/10, with an above average council tax increase of 2.9%.

I've included a few highlights below. Bizarrely, the points were met with speeches on John Major, Margaret Thatcher, Boris Johnson, the state of the railways in 1919 and the benefit of exercise for over-50s. Far be it for me to say that the LibDem administration are losing their way, but I suspect the 180,000 Sutton residents who rarely set foot in the Civic Offices have more pressing matters when looking at how their representatives are doing with their cash.

Councillor Tim Crowley commented on the budget by saying: -

“Last night the LibDems voted to inflict yet another above average council tax hike on residents. But the difference this year is that we’re in the worst recession in many years. The Lib Dems’ answer is to press ahead with the controversial £8million Sutton Life Centre without asking residents, by raiding other budgets to build it, and without knowing how they’ll afford to keep it open. In this budget, all roads lead to the Life Centre

“We issued a compassionate plea to the LibDem leadership to help residents by freezing the tax. Regardless of their spin, this was entirely achievable through large windfalls received by this Council.”

“Sutton’s LibDem Council has lived up to its reputation for an epic refusal to listen to local taxpayers, by failing to freeze the tax burden when most needed.

“They seem totally incapable of reducing their burden on local peoples’ pockets and frighteningly quick to throw money at controversial pet projects. This is made worse as we face a deepening recession. Now is the time for the LibDem Council to employ thrift, not to be a spendthrift.”

Councillor Tim Crowley made the following points in his speech: -

On addressing the concerns of the recession and its impact on Sutton:
“As an outer London Borough many of our residents commute to London and have jobs in either the financial industry, or are employed in support services to that sector. These people’s futures are under an ever darkening cloud.”

On criticising the Lib Dem Council’s ‘get out clause’ of a poor settlement from Government:
“Every time Councillor Drage stands up and discusses all local matters financial he refers to the fact that we are a floor authority with one of the lowest grant settlements in London.

“This is Councillor Drage’s “get-out clause” for anything that this administration says it can not do. But let’s remember that the 3 year grant settlement secured last year was actually higher than the council was expecting.”

On freezing the council tax via windfalls from a VAT refund and the Freedom Pass:
“Let’s look at the other areas where you have had money in that you weren’t expecting - The 2 windfalls as laid out in the tabled report: -
· £1.3 million from a VAT refund going back to 1975 and
· £1 million from a refund from the Freedom Pass, London’s concessionary fare scheme.
“This equates to £2.3 million which would have enabled you to freeze the council tax without affecting overall long term budgets. This is money which the taxpayers have paid out once, why should they not get it back?

“This LibDem Council has had a stroke of good luck with the millions it has received via windfalls, it should now pass this good luck on to taxpayers who are currently suffering bad luck in this recession.”

On Sutton Council’s £5.5million frozen investment in Heritable Bank, subsidiary of Landsbanki:
“Then we have the big one…the £1.5million that is having to be set aside to cover potential losses arising from the freezing of £5.5million of assets that are frozen in an Icelandic bank account.

“We have had a debate and an inquiry about how and why this took place. But the fact remains it did take place and it has happened on your watch with a possible large cost to the Sutton taxpayer.”

On the LibDems’ betrayal of residents by “slavish” relationship with the Labour Government:
“The final major issue that lies at the heart of the LibDem approach to public finance, and this budget, is your relationship with central government and your slavish pursuit of central government targets, ahead of the needs and at the expense of local residents and taxpayers.

“When a council is elected then the least that the voters expect is that you will, as an administration, fight for their needs, ahead of the Mandarins of Whitehall. It really is vote LibDem, get Labour.”

If you think 2.9% is a high increase you should see the 3.99% increase that a Lib/Lab pact in Reading has foisted on local people.

It seems that when the chips are down Lib Dems prefer to spend spend spend!