Building The Foundations for Success 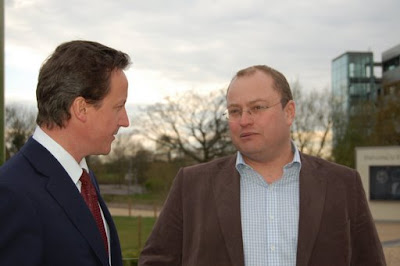 As I go around speaking to residents, it is always interesting to hear about people's perceptions of political parties. Not just the differences between them but how they believe that they work. I thought it may enlighten some to show a little of what goes on behind the scenes. When I turn up on someone's doorstep, I haven't been personally charged to do so by David Cameron. There is a big devolved structure that enables the Conservative Party to work across the country in a reasonably consistent way.

The Conservative party has three main branches, the Parliamentary Party, professionals and volunteers.

Most people immediately think of the first group as it is these people who they see in the media. There is a lot beyond Westminster. The professionals don't just deal with press releases and research policy but also cover the mundane; helping organise local associations and providing support for IT, offices, printing etc. The often unsung volunteers number in the hundreds of thousands up and down the country, giving their time knocking on doors, stuffing envelopes, delivering leaflets. Contrary to popular belief, there is no magic way that a large wodge of money can provide an alternative to these fundamental basics.

Heading up all of this is the Conservative Party Board made up of all three sections of the party. They set the strategy, resolve tough problems, organise the party in the most efficient and effective way possible and slightly scarily become liable for the debts of the party as trustees. Below this for the voluntary side is the National Convention. This is largely made up of representatives from local constituencies. The top brass on this are elected and have a place on the Party Board.

Elections are coming up this spring with the results due on the 25th April. Three people are standing for chairman of the Convention, Simon Mort, Sir Graham Bright and Jeremy Middleton. Yes, even these elections require an online presence in order to get messages across the country in a short space of time. Each of the candidates talk about local volunteers having a greater say in choosing candidates and running their local associations. Localism is not just attractive for local government, the clamour has been there for greater devolution of power within the party organisation for sometime.

Three are also standing for the position of Vice President, Paul Swaddle (pictured), Fiona Hodgson and Charles Barwell. It is interesting to see the difference in approach in campaigning for the two roles. Certainly Paul and Charles have a sense of action. As someone well down the food chain in all of this, I am only interested in the structures and committees if I see them making a difference for me and the thousands of others who are trying to get the change we need through a Conservative government and a Conservative-run Council here in Sutton. Looking at some of the aims and objectives of the candidates, I get a sense of urgency from Jeremy Middleton and Paul Swaddle. I don't have a vote but I would be content that these two would make the top-end of the Party relevant for more people within the Party, which should translate into success at the ballot box which is what we all give up our time for.
Posted by Unknown at Friday, March 20, 2009