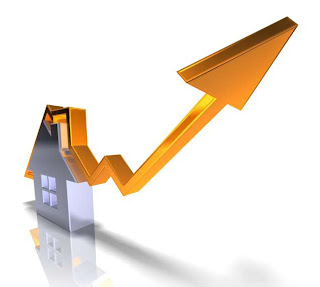 Localism is a word that has been bandied about in political circles for a number of years. The Labour Government are not in a rush to hand the responsibility for decision-making anywhere near the 'great unwashed' whilst they are in administration, instead hoarding power and control. Councils often get just the scraps, feeling the full force of the public's dissatisfaction whilst being reduced to a local branch of Whitehall.

Yes, centralisation started under the Conservatives in the Eighties in an attempt to curb the wild excesses of the Militant Tendency, but it has gone way too far and I'm glad to see policies to reverse this.

The headline announcement was that Council Tax would be frozen for two years. This will be acheived by giving those councils who limit their budgets to a 2.5% increase, the difference to bring that down to zero. LibDem and Labour councillors in London, led by our very own Leader of the Council threw their hands in the air and gnashed their teeth, horrified at the prospect. They explained that with inflation at 4.7%, it would be irresponsible to limit increases to less than this as services would need to be cut.

As Boris might say, what piffle. Boris himself is freezing the GLA precept, Hammersmith and Fulham have cut their council tax two years in a row whilst improving services, reducing debt and increasing resident satisfaction. No-one said it was easy, but it can be done. Sutton's administration have pledged to limit their increases to 3.4% for the next two years, so it will be interesting what they will be cutting if they follow their argument to its logical conclusion.

Now, here's the localism. Council's do not have to go along with this. If an administration believe that their residents would prefer them to spend more than the 2.5% figure, they can. No-one will stop them. Naturally, they won't get the extra funding but that is the difference between carrot and stick. Residents can judge which they prefer on election day.

I attended policy briefings from our Shadow Local Government Spokesmen and the Shadow Housing Spokesman, Grant Shapps. I liked what I heard. Housing targets and planning decisions look set to return closer to the people that will have to live with the consequences. Labour and the Liberal Democrats fell into a big hole this week. The LibDems talk a good game about localism but enjoy hiding behind the Mayor and the Government. With increased power for local representatives comes extra responsibility and challenges. I relish that opportunity to face voters without the excuse that a faceless bureaucrat in Westminster has taken a decision out of my hands. If it leaves me exposed well, I'll just have to get better at my job or take the rap.
Posted by Unknown at Saturday, October 04, 2008

Hope the conference was enjoyable! I trust you tried the Dublin in Digbeth? Excellent lunch!