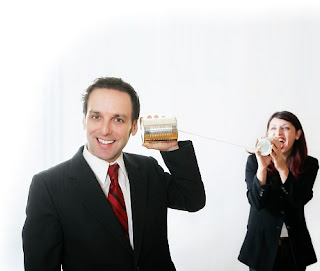 Just to reinforce what was said yesterday in my post and subsequent comments, I've reproduced below a letter that I sent a little while back to the Guardian for publication:-

As I pointed out in last week's Sutton Guardian good communication between residents and their local council is pivotal, after all as residents we're the ones paying for it. However, Lib Dem-run Sutton must remember that good communication is a two-way street, and that means listening to residents. Not the sham consultations we're used to – I mean really listening.

The Lib Dems are skilled at telling residents how good they think they’re doing and are adept at pumping out material to that end - often flying in the face of reality. A recent Ipsos MORI study shows that only 4% of residents feel they can definitely influence Council decisions, compared to roughly 50% who feel they can't. Even this is rose-tinted, I suspect. Let's not forget the response of 22 residents was the 'justification' for the above-inflation council tax increase affecting tens of thousands of households.

Blasting messages at the public doesn't work; as residents we need to feel we can respond, and more importantly that we will be listened to by the Lib Dem Council. The garden waste controversy shows us this. This will be the challenge for any Council PR team and a chance to mitigate cynicism over its cost.

As Conservatives real and meaningful consultation with residents is enshrined in our values, along with real value for taxpayers, complimenting the hard work of Sutton staff. An incoming Conservative administration will implement policies to breakdown the barriers that separate the Council and the community it serves, so that the organisation we all pay for really starts to listen.
Posted by Unknown at Sunday, September 07, 2008

It struck me as slightly ironic that the team brought in to present a positive image in fact were themselves the subject of a negative newspaper article!