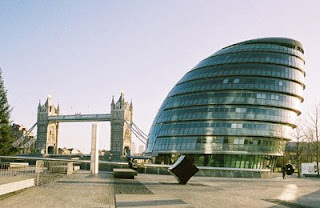 Under rules agreed by the Labour Government earlier this year, Ken Livingstone stands to get a £69,000 payoff after losing the election, at least £30,000 of which will be tax-free. You may think that this is a small price to pay to be free of the man.

Departing Assembly Members will receive around £25,000. There is a weak case to be made for this when someone has lost an election. However, there is no case when someone steps down at the election as a planned retirement such as LibDem members Graham Tope and Sally Hamwee, both members of the House of Lords. They did not stand for election yet qualify for a payout. I didn't stand for election either, where do I queue up for my handout? If I find out, I'll let you know.
Posted by Unknown at Wednesday, May 07, 2008

Paul, I wasn't aware of this where Tope is concerned. Hopefully there will be some comment on this at full council next Monday.

David
Maybe Tope will put his hand in his pocket and buy everybody there a drink!!
He has certainly had one out of the Assembly.

I recall reading in the paper that Councillor The Lord Tope was receiving somewhere in the region of £100,000 in allowance payments from his multiple jobs.

If I really think hard I can also remember an article in the Standard which heavily criticised Lord Tope for being "the slackest member by far" on the London Assembly.

Isn't it therefore rather galling to learn that his lordship will be in receipt of this £25,000 'golden good bye'?

Considering I am a taxpayer, yes it is indeed galling.

23K!! Gotta be better than a gold watch!