Government Gets Above Itself Shocker 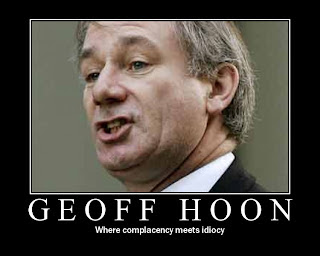 Geoff "Buff" Hoon is not the sharpest knife in the Government's block but as Chief Whip he has the unenviable task of whipping Labour MPs to vote for the Human Fertilisation & Embryology Bill. This piece of legislation contains some very unpalatable items for pro-life MPs including several Catholic cabinet ministers. Normally this would be a free vote so it is asking for trouble to push this through with a 3 line whip.

Today the Telegraph reports that he has granted Cabinet Ministers a dispensation to abstain if they write to him in advance. This is not normally within the remit of my blog but one line of the article made me smile. It was reported that Hoon was "irritated by the failure of some of his side to see the bigger picture."

Now I am not religious, but for the abstainers I struggle to see what they would consider bigger than the Creator of all things in heaven and earth.
Posted by Unknown at Friday, March 07, 2008

Ouch, religion v politcal affiliation! No win scenario. Anyone with any sense must surely realise that this should be a free vote?