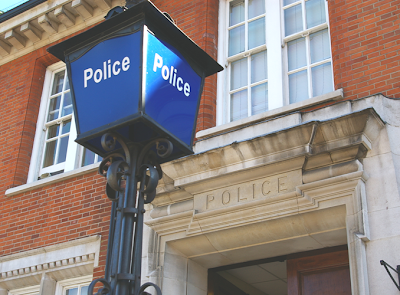 Crime remains at the top of residents’ concerns in Sutton. We will give no-nonsense political leadership to get police officers back onto our streets, doing the job that they want to do and making the arrests to end anti-social behaviour.

We will work shoulder to shoulder with our local police by giving them extra powers to do their job properly including ‘dispersal orders’ to break up and move on intimidating gangs and groups of youths.

We will also extensively use the ‘Community Payback’ scheme to make convicted offenders repay the community for their crimes.

My ward colleague and our Spokesman for Crime and Disorder, Councillor Eric Howell says: “Every resident has the right to feel safe at home and on our streets. That’s why we want to give strong political leadership. Too much violent crime has been driven by alcohol and drugs. Our approach is simple, those that offend will be arrested.”

Our Commitment: We will use all available powers to push for real zero-tolerance policing.

Will this be a "cast-iron guarantee" Paul, along the lines of the one that Cameron pledged last year regarding the Lisbon Treaty? I, and thousands of others are all ears.

All ears would suggest plenty of listening and no talking. I haven't seen the evidence of that yet.

This is a manifesto commitment, a policy, a pledge, a promise of action, the next stage on from carping from the sidelines.

David you must be gutted that DC has said he will never be a part of the Euro.
Now i know you will try and throw the Lisbon treaty back at me but looj at my previous comments for clarification on that.
Are we starting to tickle your fancy?

Tim - you couldn't even begin to dig deep enough to tickle my (political) fancy! You are a decent chap - unfortunately you are bound up within a fake "tory" party, and I must say a completely fake candidate. If this is the way ahead for the "tory" party, then god help the electorate. Perhaps the handful of "tory" mp's that will win the election will care to share the spine between them? And Tim - shouldn't it be "Cllr Tim Crowley"?

Is this 'Cllr' Pickles serious? I've only been following your blog for a short time and can only think that the man is a few cents short of a Euro!
I apologise Paul for posting this, I just couldn't tolerate this confused and sad mans rants anymore. I hope this clown doesn't stop you striving to do your best for the likes of us - keep up the good work. And Mr Pickles, I'm going to stop, sorry, not even I can be mean to the stupid...

I am glad of this policy announcement from you. I live in Wallington and the place is going to the dogs because of crime, not always bigstuff but just niggly bits of stuff here and there.
My daughter's mobile was pinched on Manor Road in December and my eldest son has had his car vandalised in the area too.

You only have go to look at the nearby pubs like the John Jackson to see how disorderly things can get why should they be allowed to drag the area down.
So zero tolerance is very welcome, i want to see more cops out Paul Scully and I like this pay back idea. Enough is enough lets get tough on the yobs who make our streets a nightmare.

I had cause to report a middle-of-the-night trail of vandalism by some youths recently. I can't praise the police response enough - telephone calls to keep me updated and to take evidence efficiently, and charges laid quickly.

The police can only work to the strategy decided by their political masters, but please give them credit for the excellent work they do.

I note that Paul's promise was to give the police the resources and powers needed to continue this. Mr Pickles' outburst, once again, appears to ignore what the issue is - effective policing - in order to land cheap political shots.

Alas, Mr Pickles' shots are usually over the bar, so to speak.

You're right about the work that the police do. They deserve our full support. It is too easy to blame the police themselves when they don't respond the way we would like them to in certain situations but we need to look at why this is the case. Sometimes it is that they are too stretched. Funding is an issue as is the allocation of resources. Sutton has comparatively few officers compared to other London boroughs. We need to do more to campaign for a better deal rather than attacking those police officers that are here in Sutton on the beat. Secondly, the red tape that binds police officers to their desk needs to be cut. This is a Home Office issue and we need to lobby our MPs to work on this in Parliament. Finally there is the balance between being given a signal to be firm on crime compared to a steer from politicians not to be too hard for fear of running down the reputation of a middle class area where people may fear for their property prices.

It's not a councillor's job to get heavily involved in the operational side of the police but if I can give our Borough Commander the support that he needs to do the job that he and his colleagues signed up to do to the best of their abilities, then I will gladly do so.

We need to remember also that police operations are but one part (albeit a major one) of tackling crime. Prevention, punishment and rehabilitation are all essential parts of the jigsaw that need to be effective to provide a long term solution rather than a sticking plaster.

Given the role The Safer Sutton Sutton Partnership plays in local policing, I think elected councillors have every right to have a say on the issues. But not merely as lipservice.

The Partnership is joint effort by the Council and the Borough force. If the public and councillors can't have a constructive input through this channel, then I would question why it exists. So I believe it can go a little beyond mere 'support'.

However, such input needs to be kept at the right level, and should not interfere with the day-to-day operations. So I agree with you that the best effort here can go into prevention, education and rehabilitation - especially if there is extra and enhanced support for Neighbourhood Watch groups.

I do believe Sutton is a (relatively) safe place to live, but it is the fear of crime which has been shown to have the greatest impact on public opinions.

Paul, I'd love to hear more on specific policies and possible initiatives which add meat to the 'zero tolerance' headline, and how this can be implemented at the local level.

Excuse me - have I missed something here? There seem to be an inordinate amount of people who are quite happy to fawn over Cllr Scully and his "tory" coterie, who once again are pretending they are "tough" on crime. Nothing could be further from the truth. Ask the candidate for Sutton & Cheam. She's all forgiveness. Hardly a recipe for wiping the scum off the streets. Of course, "toughness" is quickly forgotten when it can be translated into bullshit for a cheap vote.

Yes you have. Which part of Philippa's or the CSJ's findings suggests that she is 'all forgiveness'? It is interesting to see that the police reform part of the CSJ is chaired by Ray 'Robocop' Mallon who reduced crime in Middlesbrough by 20% in 18 months. I would rather believe someone who shoots from a well-trained Armed Response Team than from the hip.

The Enemy of the Sutton Taxpayer speaks!

I lament the fact that he never gave me a straight answer on previous threads regarding his poorly hidden contempt for local taxpayers through his tacit (in that read steadfast) support for the Hard Left, but now he's spilling his inexhaustible belligerency into the realm of law and order. Ah yes, the hang ‘em and flog ‘em pub bore.

Note, follow blog readers, that David Pickles has shown himself as intellectually incapable of answering straightforward political questions, with clear limitations on his cerebral or communicative abilities.

I should say, these are funny attributes for a politician.

With Pickles courtesy is met with animosity, usually as the day rolls on. Sensible questions are courted with bizarre diatribes about who writes what in The Daily Mail and the hilarious use of inverted commas for people and institutions he doesn’t like. Protestations when cornered on a political point that he shall not post again, are always followed by another swift post, usually more frantic, feverish and odd. And don’t forget, everyone is a Tory stooge (to use his term). There is a not so faint a ring of a persecution complex in these words.

I’ve come to the firm conclusion that David Pickles simply is not that intelligent. Neanderthal gut instincts, usually skirting the edge of the political sanity, thread within a populist context seems to be his only contribution to the political debate. No depth, no enquiry, just the political equivalent of a toddler urinating on the floor to obtain attention.

And any pub bore can do this.

That’s not to say his opinions or his standpoint is wrong per se – he just doesn’t have the grey matter to back it up.

We live in hope that one day he may succumb to something resembling a debate on rational and intelligent terms. See? The spark of human optimism is a roaring inferno in my breast.

Some kind of rational argument or reasoned debate to back your kneejerk reactions would be beneficial, Mr Pickles, and would contribute to getting more information from Paul.

In a previous post I asked Paul for clarification and specific information on the policies - before you start, hardly the act of a stooge - and, sure enough, your size ten jackboot came stamping in to murder the debate.

You are like a man who barges in to a wine tasting class and demands a glass of Blue Nun. You have the manners of a non-housetrained polecat.

Or, to put it in the vernacular of many rhetorical Daily Mail headlines - a metaphor I am sure even you will comprehend - "Could David Pickles be the saviour of politics in Sutton?"

Like the Daily Mail headline trying to attract credulous lunatics to a lost cause, we all know the answer.

You are stifling the very debate you say is not forthcoming. Do grow up.

I pity individuals like Dominic - who likes to use rather big words to make him look educated. He knows absolutely nothing about me, what my thoughts are, what paper I read and how intelligent I am. For his information I went to grammar school, obtained a 2nd in maths and english and went to Mansfield College, Oxford in 1971.

I intend to ignore him for now, and possibly have a chance to shove his pseudo-intellectual tosh in his face come May 6.

Everyone knows your thoughts, Councillor Pickles, since you are not shy in breaking your self-imposed exile from this blog and keep telling us them. However, they are limited to personal attacks, a yearning for the return of a bygone age and some drunken wittering. It's a shame that you can't apply that education to solving some of the issues that concern Sutton residents. I note that you intended to ignore Dominic on the 30th January and then again on the 1st February. This time is it for lent or is 40 days so far in the future.