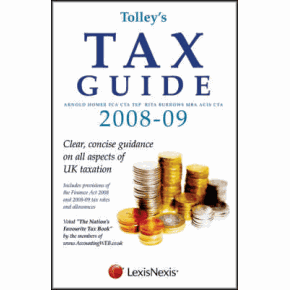 The Daily Telegraph reports that the UK now has the longest tax code in the world. Tolley's, the handbook of tax legislation is now an astonishing 11,520 pages long. This is 10% longer than last year and more than double the number of pages from 12 years ago, when Gordon Brown started spinning his web of complexity.

It is hardly surprising that the Government cannot keep a handle of tax avoidance and that they cannot maximise the amount of revenue within the existing framework. The more complicated you make anything, the more people will distrust your motives and seek to get around the rules. Although it may be counter-intuitive to some, it has been known for 700 years or so that simpler rules and lower tax rates will lead to increased revenue for the Treasury. I'm not sure how much scope George Osborne will have to change the latter in the short term, but I hope he addresses the former and starts to simplify the unwieldy legislation in one of his first budgets.
Posted by Unknown at Monday, September 07, 2009