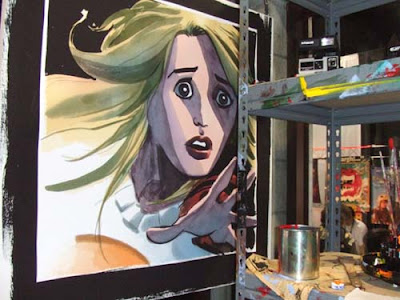 The last week has seen a lack of a basic knowledge of your basic range of superheroes when talking about Gordon Brown.

First, in a slip of the tongue, he returned to his movie roots of Flash Gordon when he stated that he had saved the world at last week's PMQs. This week, Harriet Harman stated that she would prefer Superman than the Joker to be Prime Minister. I could go into a thesis of a socially awkward Clark Kent, or a brooding reclusive Bruce Wayne but my favourite comparison was nothing to do with American comicbooks.

Michael Gove made a speech in the House last week where he said:

"The Prime Minister may believe, in his more modest moments, that he is Franklin D. Roosevelt, but the truth is that he is closer to a political Max Mosley: he thinks he is king of the world and he has clearly got money to burn, but all people remember is that he got a terrific spanking in German."
Posted by Unknown at Wednesday, December 17, 2008

I like your blog! Check out my blog for a free internet speed test. Comments appreciated!

The Joker from Dark Night would be infinitely preferable!