Carshalton Feels the Force of the Gales 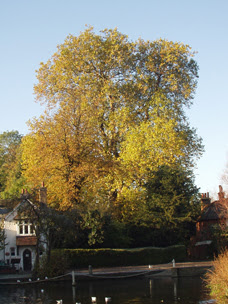 Though the London Plane tree next to the Ecology Centre may have survived the battering over the last week, other trees and as a result cars, did not fare so well.

This week Carshalton Park took some damage but another tree fell onto the road opposite the old Texaco Petrol station resulting in someone having to be cut out of their car.

My colleague, Tim Crowley who was travelling through the ward yesterday spoke to Environmental Services. The trees appeared to be maintained but such wet windy conditions made the accidents unavoidable.
Posted by Unknown at Friday, January 19, 2007