Action on lorries in the Grove 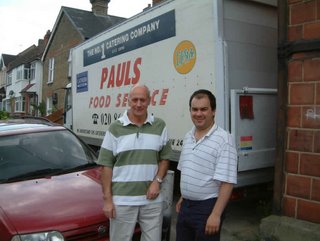 Paul Scully and the Conservatives voted to approve the planning application to convert Paul’s Cash & Carry into residential use at Wednesday’s Development Control meeting bringing an end to the perennial problem of large lorries parking in Carshalton Grove.

Eric Howell said “In the lead up to the election, several residents in Carshalton Grove complained about the lorries and wondered why a previous application had been refused. I am pleased that the road can return to a peaceful state.”

Paul said “I first became aware of the problem whilst speaking to residents back in 2002. Having heard the submissions and examined the plan it was apparent that this helped both the owner of the business and the residents. I asked for assurances that there would be no site fires during construction and checked that a condition would be imposed restricting the hours that the builders could work as it would be jumping out of the frying pan into the fire with food lorries being replaced by night time building trucks."

Stevia indiais the best Stevia resource for Stevia Cultivation / Stevia Farming in India. They also provide great information about Stevia sweeteners and Stevia safety. Stevia is the only Natural Sweetener without any side effect.

Affordable Health Care is the best indian resource for which is available for free forHealth Care in India. We list Doctors, Health Care Practitioners,HOspitals, Ayurvedic, Naturopathy and Homeopathy professionals as well. It strives on a motto for having a comprehensive list of all Doctors and Medical Services for the information of all people in India.

Thanks for our valuable information. it's one of the best way of user can identified.