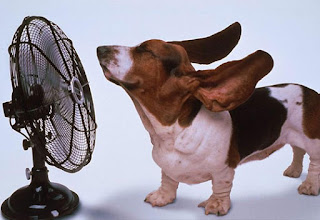 Sutton’s Liberal Democrat town hall leadership has been accused of insensitive “Emperor Nero-style largesse” after opting to spend over £16,000 on a specially tailored air conditioning system for the Council Leader’s Office. This rubs salt into the wounds of tenants of Sutton Council after they discovered that the plug has been pulled on desperately needed funding to bring tenanted properties up to the nationwide ‘Decent Homes Standard’.

Council housing in Sutton – managed by the Sutton Housing Partnership – has been labelled as amongst the worst in Britain by the Government watchdog, the Audit Commission. Housing Ministers added insult to injury last week by telling the Council that the option of £112.5million capital funding was being deferred.

After 23 years of Lib Dem administration council tenants have very little to show for it and that systematic neglect over that period has condemned tenants to more years of substandard accommodation. Conservative opposition councillors unearthed the controversial plans to spend £13,000 on the Leader’s air conditioning system, plus £3071 on ‘fees’, after they were buried in a ‘Delegated Decision Notice’. 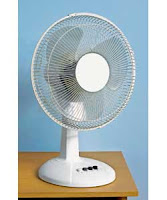 I’m shocked and angry that the Lib Dem Council Leader is planning on billing the taxpayer for over £16,000 to pay for his luxury air conditioning after the devastating news for council tenants – frankly, it’s Emperor Nero-style largesse, while Rome burns.

This rubs salt into the wounds of tenants who have been sentenced to yet more years of living in substandard homes, missing out on Government funding because of long-term underinvestment in our council housing.

After all these years with Lib Dem council bosses in charge of housing it’s clear that tenants have very little to show for it. Argos is selling electric fans for £12.99 each; I’ll happily chip in for one to save Sutton taxpayers £16,000.
Posted by Unknown at Saturday, August 08, 2009

Yes - but isn't the truth that if you take over the council in 2010 Paul, then the air conditioning upgrade will become yours? Public spending cuts I'm all for, but if this is needed then it won't be just exclusively for Sean Brennan, but could become the domain of one Paul Scully. What would Alan Duncan think of this?

......."yet more years" Julie. Hmmm Seems like a typical Tory quote to me. The use of the word "yet" is sprinkled very "liberall" by the Cons.

There is no need to have spent that much on domestic air conditioning. 1 room can be done from as little as £1200. Next he will be claiming hundreds for air conditioning maintenance.

Too much pricey equipment, purpose can be solved within a small bit of money.

The Hottest Night Clubs -
Find the perfect night club, bar, or lounge for yourself. Look at naughty pics of the hottest girls at the most happening night clubs... read Night clubs in New York is the Nightlife Guide and Party in nightclubs Nightclub Social network for the world. Search the hottest Best Las Vegas nighclubs New York Nightlife Clubs for your nightlife New York Nightclubs. Rate and review of Nightclubs, Bars, Lounges, Clubs, and Nightlife.

Thanks for such informative Article about the A Cool £16,000 for Council Leader's Air-Con. There are many other low cost ways to save the expense.

It is very costly to have such an air conditioned system. The cheaper ones are also available.
Miami Emergency AC Repair is giving a wonderful service of the AC repairs.