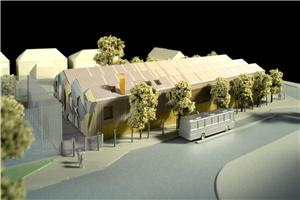 Full Council last Monday turned out to be the usual bunfight but confirmed that meetings of all 54 councillors have as much influence on council decisions as Gordon Brown does on his facial muscles.

Two main items were discussed, the future of leisure provision, where the LibDems confirmed that Cheam Baths would close by 2015 and the controversial £8.5million Sutton Life Centre. Councillor Tim Crowley, Conservative Spokesman for Finance & Value for Money requested more financial details the previous Wednesday having discovered that contractors were due to start on site, the day after the decision to build was made. What was the point of pretending to make a decision when it was clear that it had already been taken. We were told that even delaying the decision may lead to Sutton Council having to pay financial penalties to the contractors. The requested information was supplied to me and Cllr Crowley at 4.10pm, less than three hours before the start of the meeting. 52 councillors had to vote on whether to spend £8.5million (astoundingly, the equivalent of 10% of all of the Council Tax raised in the Borough), without full details of the consequences of their actions.

After a 20 minute stand-off, the LibDems forced through a vote to debate the issue, without full disclosure to all councillors. Conservative councillors questioned the need for the Centre in the first place, but majored on the fact that we didn't actually have the money to build the place, instead relying on diverting money from the reserves and schools repairs budget amongst other smash and grab raids to cover the costs. It is clear that this is another case of the LibDems spending money to justify their existence. Residents were up in arms when they were asked to pay £35 for green garden waste bags. Well, guess what, you've just had your pocket picked of £44 each for a project that many will not use. Only one LibDem councillor even bothered to mention finance in the debate.

Yes, but we'll be getting spanking new community facilities won't we? - Undoubtedly; a new library that is smaller than the one that it is replacing, youth facilities to replace the youth club that was flattened to make way for the centre, a climbing wall that is more expensive that privately-run "Craggy Island" at Oaks Park and the multimedia area to teach citizenship at three times the price of the existing facilities at nearby Sutton Junior Tennis Centre. Even Vince Cable has been to Sutton to tell us that we are in the middle of the worst recession since Sean Connery found a few hairs on his pillow. However, we seem to be splashing out residents' cash whilst they are cutting back for fear of losing their jobs. The LibDems used their majority to push the thing through, supporting it to a man. The builders are on site. Work has started on the mausoleum to the LibDem's reign in Sutton.
Posted by Unknown at Saturday, May 02, 2009

Apologies for dipping into your local issue, but the YouTube vid made me laugh so I delved further into your personal hell. What a crockBest of luck kicking the Illiberal Undemocrats out.

Trust the sandal-wearers to spend our money on something as useless as this. Would they spend their own money on it? NO. So how dare they think that we want to?

I'm sure you will focus on this, and on their unjustifiable increase in coubcil tax when writing to voters.

Incidentally I wasn't impressed with the feeble line taken on this by that so-called local newspaper the Sutton Guardian.

This scandal should be the cornerstone of the local election fight next year.

Local people want their money spent on local services, not on ill-conceived and inappropriate follies, borne of delusional politics by deluded local politicians. These idiots just don't know how to admit they've got it wrong; but it will be their downfall.

Paul, please keep lifting the lid on this council. The stench is unbearable, but people need to know this council is rotten to the core.

Thanks for the comments. The Guardian hasn't covered this as thoroughly as I would have liked. The Evening Standard gave it a page on Tuesday and the Metro have covered it Wednesday morning.

Did you notice that the builders of the Life Centre had been fined £5.2M for price fixing on some of their tenders. I wonder whether this was one of them and how much less it could have cost if it was.